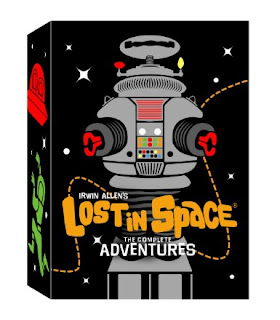 Finally the Lost in Space Bluray box set is out. I would like to be writing a review of it, however I do not have it. I have other sets of Lost in Space in SD, but it would be nice to see it all updated, all 3 seasons in glorious HD. I remember when season two switched to color, and they would announce "Lost in Space in color sponsored by Crest". However in order for me to get it  I have to sell more things via my blog. So if you are planning to buy the Lost in Space Bluray Box could you please click through and buy via my Amazon link below.

It sounds really cool as it has all of this stuff according to Amazon.
"